The Jackpot - Rise up! 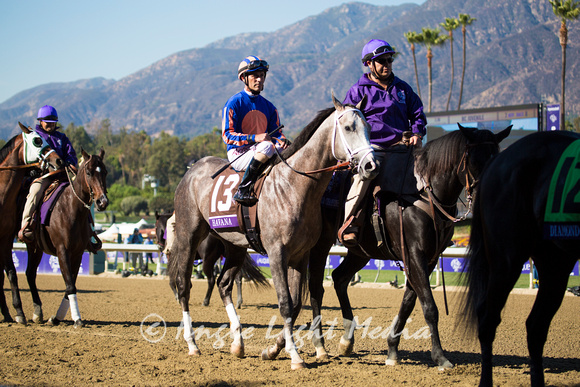 Havana with Gary StevensHavana had a jockey switch because JR Velazquez was hurt earlier in the day. Gary Stevens was in the irons, for Todd Pletcher.

The seventh Kentucky Derby prep race is upon us. The Delta Downs Jackpot a Grade III, one million dollar 1 - 1/16 mile dirt race. Wow. That’s a bunch of cash! We have a great card of horses. We have a couple more preps this year then we enter into the three year old 2014 season. The class of these horse are a little less but, then the Breeders Cup Juvenile. But, I pay attention to all of the Derby prep races because you may see something that no one else does.  That’s how you win the big bucks, homework, diligence, paying attention and lots of practice. It’s a solid group, with ten in total. Delta Downs is between Houston, Texas and New Orleans, Louisiana. There is also a solid Juvenile filly’s the 500K Delta Princess being run right before this one.

One horse will emerge as a Kentucky Derby hopeful.

He ran his best race last time out.

Coming out of the 10th hole may expend a bunch of energy early to get in stalking position.

He ran a mile couple seconds slower than Coastline.

His best race was his last.

May get boxed into the rail if he doesn’t break well.

First time over this track.

First time over this track.

Hasn’t showed much of late.

Big Bazinga & Rum Point will get to the top. Coastline and Rise Up will stalk. Mighty Brown will be up in the mix also. I think there is some speed in the race so if it’s really quick pace, it will set up well for Casiguapo and potentially Mighty Brown. Do a little Visual Handicapping before the race to see who looks good. Based on what I see any one of my top three pics could be my win bet. I will also box 4 horses in an exacta to see if I can catch something. I May pay a couple straight exactas also with Rise up and I’ll pic the second horse tomorrow maybe Mighty Brown. I'll do a little after race analysis to see if this post made any sense. Check out my podcast much of this content was shared!